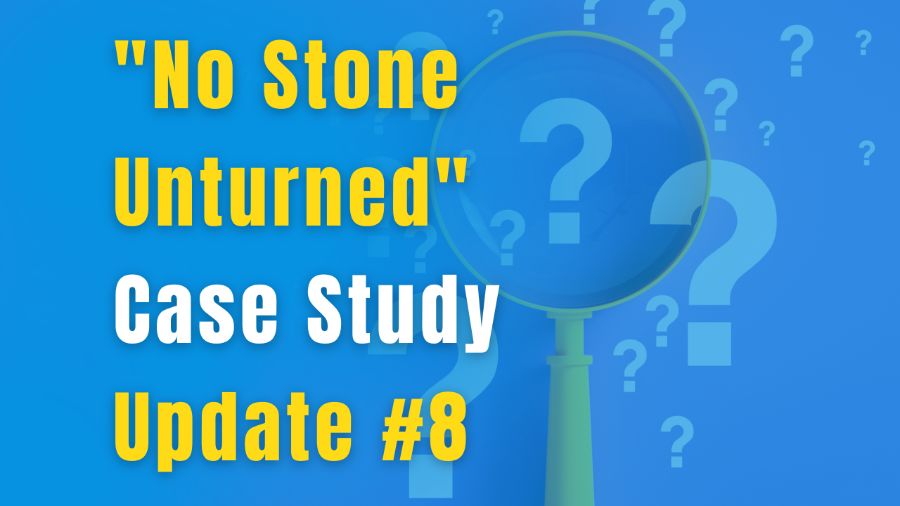 We’re eight months into the No Stone Unturned case study now, which means we’re starting to hit that part of the timeline where we like to start seeing some bigger traffic numbers. I’ll jump into those numbers below, in addition to looking at our progress from a different angle.

First, if you’re unfamiliar with this case study, be sure to check out the full playlist over on YouTube.

I’m going to take a break from the usual breakdown and look at something different with this update (as suggested in a YouTube comment). Before we jump into that, let’s take a quick look at the site’s progress.

Our hope (maybe somewhat unrealistic) at this stage of a site’s lifespan is to see a doubling of traffic each month. Unfortunately, that isn’t quite what we saw in June.

That’s not to say that we had a bad month by any means. In fact, our traffic grew by over 65% from May to June, putting us just shy of 10,000 pageviews for the month.

Here’s what that looks like in both Search Console and Analytics:

Next, to mix it up, let’s take a look at the keyword difficulty of the articles bringing in the most traffic so far. Basically, let’s see if the traffic is coming from articles that we personally ranked as low competition, medium competition, or high competition.

To do this basic analysis, I’ve exported the Performance report in Search Console for the month of June. I then took a look at the Pages tab to see which URLs were bringing in the most traffic.

To keep things simple, we’re only looking at the top 25 URLs in the screenshot below. The URLs are obviously hidden, but everything is listed in order, starting with the highest traffic article.

With that being said, there are a couple of medium competition keywords on the list, and when I check the keywords that they’re ranking for, they’re actually about half way up page 1 for their target keywords.

Something else you might notice in the screenshot is that Google appears to see us as an authority on cluster #5. This is why it’s always a good idea to test more than just one cluster, since you may rank better for one than another.

As far as the position in the last column, that’s just an average across the many long-tail keywords that each article is ranking for, but when I dive into each URL specifically, most of them are ranking in the top 3 positions for their target keywords.

The traffic per article is still pretty low for what we like to see, but that’s not much of a concern at this point. As time passes, these articles should rank for more and more long-tail keywords, which will bump up the visits per post.

It’s always a good idea to look at things from a different angle from time to time, as it’s a great way to identify things you might otherwise miss.

In this case, I think we can draw two conclusions:

As far as targeting low-competition keywords, that’s been our strategy since day 1 on all of our sites. However, we’re targeting medium and high-competition keywords as well with this case study to cover each topic more thoroughly, so over time, we’ll see whether or not we’re able to rank for more and more of those keywords.

Regarding clusters, our biggest cluster was our first one, which had over 70 articles. Of those 70 posts, only three are currently in the top 25 URLs on our site. We didn’t hit a “winning” cluster until cluster #5, driving home the importance of testing at least a few clusters before going all in on one.

That’s not to say that the other clusters are performing poorly or that they won’t perform well long-term, but if you’re looking for that early traction, it probably makes sense not to commit to only one topic on your site.

That’s it for this update, look for the next one in about a month. 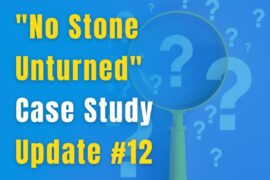 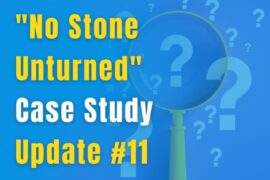 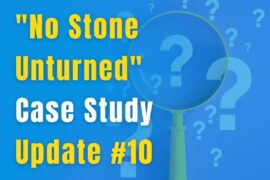