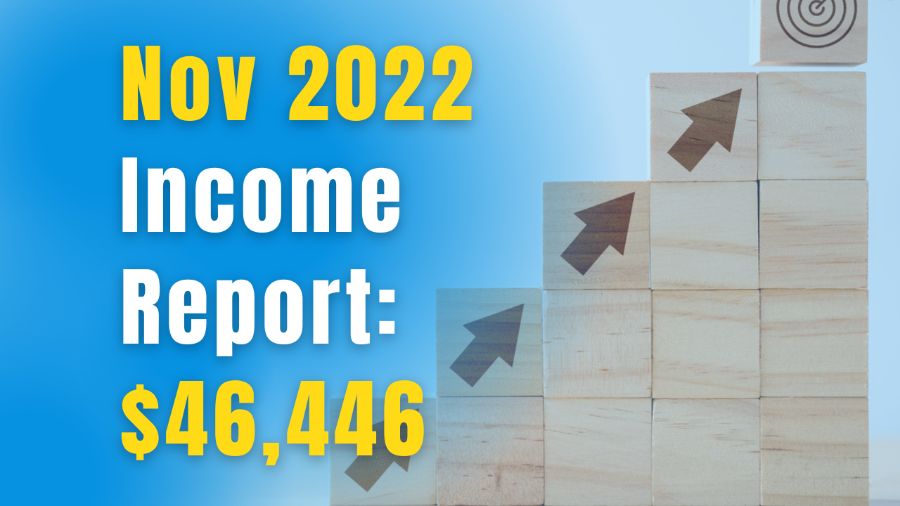 After seeing our revenue bottom out in August, it’s been nice to see the revenue slowly climb in the months that followed. What we’ve been most curious about though, is whether or not November and December would bring the usual uptick in RPMs.

With the algorithm updates and worsening economy (leading to lower RPMs), this year has been anything but normal. As a result, no one really knew what to expect going into the fourth quarter.

Thankfully, there are no new algorithm updates to report on this month. If Google can let everyone get through the rest of the holiday season untouched, that would truly be something to be thankful for.

As far as changes to our approach, they’re relatively minor and stem from the Helpful Content Update guidelines. We’ve lowered our word counts a touch to cut down on fluff, and we’re narrowing the focus a bit on our sites, going deeper into each topic.

These really aren’t big changes compared to what we were already doing, but we do think these slight adjustments make sense overall.

We’ve brought our word count per article down a bit since the Helpful Content Update was released, which we think will be a win-win long term: less fluff for visitors and lower cost/article for us.

Last year, our traffic dropped slightly going from October to November, so this year, we expected to see something similar. Instead, we saw a 6% increase in overall traffic.

While 6% might not sound like much, when you pair that with the expected decrease and the higher RPMs in November, it was great to see.

The majority of that traffic increase was from site #1, as expected. However, our seasonal sites didn’t drop by as much as they did last year, which likely means they’re experiencing some growth.

Click the image below to check out ContentPit, the ONLY writing service we trust on ALL of our niche sites: 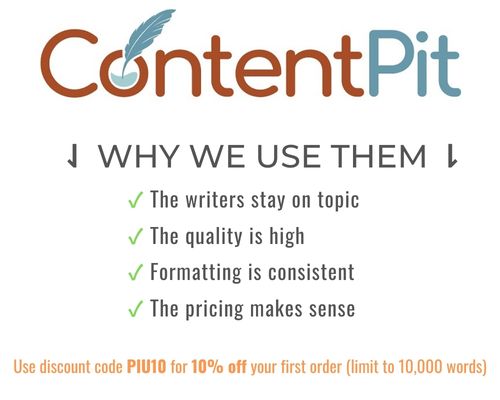 As soon as January hits, our seasonal sites should reverse course, so it’ll be interesting to see what that growth trajectory looks like compared to last year.

We saw a significant uptick in revenue this year from October to November. Part of this was the slightly higher traffic, but most of it was from higher RPMs.

With that being said, only one of our sites had an RPM higher than last year in November. All of the others were down by 1-7%.

We expected the RPMs to be down with how they’ve been this year, so we weren’t at all surprised by this and actually feel pretty good about it.

After display ad revenue, our next largest revenue source is from Amazon Associates. Last month, we made $1,840.24 from our US account, and a small amount of revenue from the UK and Canada ($74.39).

Our expenses for last month came in at a total of $9,404.87. As usual, the bulk of our expenses can be attributed to outsourced content.

While nothing’s set in stone yet, we’re throwing around the idea of firing up an email list on one our two of our sites. If we go down this path, we’re also going to go down the path of creating a handful of digital products to promote on these sites.

This is something that’s been on the backburner for a while, but with the amount of traffic that we get, it’s probably time to push forward.

On top of this, we hope to start creating YouTube videos for our biggest site. We do have a handful of videos already live for this site, but we haven’t touched the YouTube channel in over a year. This will likely be a 2023 project.

All in all, November was a great month for us, and I hope those of you with niche sites had similar experiences.

With any luck, Google will let us all finish the year strong without any new algorithm updates. 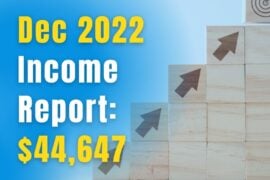 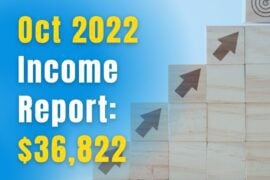