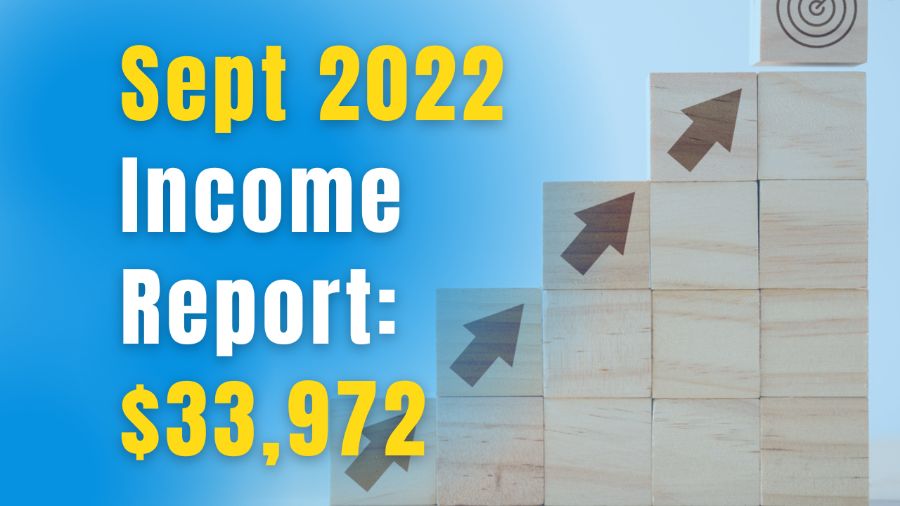 After seeing a big revenue decline over the last few months due to an algorithm update, lower-than-normal RPMs, and seasonality, we were hoping to see some movement in the opposite direction in September. Thankfully, that’s exactly what happened.

This increase in revenue came despite our traffic dropping slightly. Thankfully, the traffic drop in September was simply the result of seasonality.

The core update released in the beginning of the month didn’t have a negative impact on our sites. In fact, we saw an uptick in traffic, which I’ll jump into below.

On a side note, I want to quickly mention that we’ve added a “lifetime access” option to our course. This is something that we’ve been asked about several times.

Basically, this option will give you ongoing access to the course and private forum for a one-time cost. If you want to check out the details, just head over to the course page.

The only change we made in September is that we started taking a harder look at word counts. As I mentioned last month, we’re going to try to go a bit shorter with some of our articles so it’s easier for writers to stay on point and not add fluff.

That’s not to say our articles will be short. I think the shortest we’ll go is around 700 – 800 words, but most articles will still likely land somewhere between 1,000 and 2,000 words. We likely won’t go much higher than 2,000 words unless it’s a really big topic.

I believe I mentioned in last month’s report that we were hoping to scale all of our sites up to 1 post/day. While that’s still the goal, we actually had to scale all sites back to 5 posts/week for September (and going into October as well).

This decrease was due to the fact that our order from ContentPit got delayed, and we didn’t have a big enough buffer built to support the higher publishing frequency.

Aside from that small setback, nothing has changed as far as our publishing goals are concerned.

I mentioned last month that two of our sites were hit pretty significantly by the Helpful Content Update. Thankfully, those were our two newest (and smallest) sites.

Google of course released the September Core Algorithm Update right after the other update finished rolling out, giving no one a mental break from these updates.

In our case, we actually saw a large rebound in traffic on three of our sites, while the others remained stable. Two of our sites that had been hit in a previous update recovered by roughly 20% each, while site #5, which was hit by a previous update and the Helpful Content Update, went up by about 70%.

Unfortunately, a day or two after the core update finished rolling out, we saw a slight pullback across all of our sites. I’ve seen this reported by many others, and this doesn’t appear to be tied to a change in rankings.

Instead, it looks like Google is testing or implementing more widgets, which effectively keep more people on the search page rather than clicking through to our sites.

As an example, I noticed that several of the posts that dropped in traffic on one of our sites were list posts. When I checked the SERPs, there was a widget at the very top that listed the items in our post (as well as other sites’ posts).

Our posts were still ranking #1, but because the widget was at the top and provided many searchers with a quick answer, less people were clicking through to our posts.

This is a common trend that has been going on over the past several years that will likely only get worse. Unfortunately, there’s nothing we can do about it.

To show the effect of the core algorithm update on the sites that saw an increase in traffic, I’ll show a few screenshots from Search Console below as well.

This is an outdoor site that has been declining for a few months now, so it’s a bit difficult to tell how big the increase actually was. However, we typically see this site continue to decline during this time of the year, so the bump with the core update was pretty significant.

As you can see below, this site saw a nice increase with the core update, then dropped back to slightly higher than where it was prior to the update a couple of days after it was officially done rolling out.

This one was one of the two sites hit by the Helpful Content Update, as you can see by the drop right at the end of August. It then bounced back up significantly with the core update that was released soon after.

As you can see, we saw nice increases, but as soon as the update was officially over, we saw a slight decrease in traffic on all sites.

I’m very curious to see where we land in October. Typically, we’re relatively flat from September to October, but with where the RPMs have been the last few months and where they have been to start October, I’m not so sure if that’ll be the case this year.

Either way, we’re finally entering Q4, so with any luck, we’ll end the year on a good note.

After display ad revenue, our next largest revenue source is from Amazon Associates. Last month, we made $743.17 from our US account, and a small amount of revenue from the UK and Canada ($56.49).

Our expenses for last month came in at a total of $10,148.65. As usual, the bulk of our expenses can be attributed to outsourced content.

To close out the year, our focus will be where it’s been all year. For more info, just refer to any of the previous income reports.

While we’re not where we were hoping to be at this time of the year, it’s nice to see a month-over-month revenue increase. On top of that, it was nice to see an increase in traffic on three of our sites due to the core update.

Going into Q4, I’d hope to see the highest RPMs we’ve seen all year. With how the economy has impacted RPMs this year, it’ll be interesting to see whether or not that actually happens. 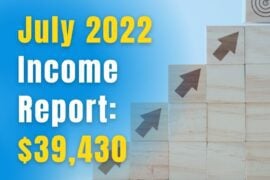